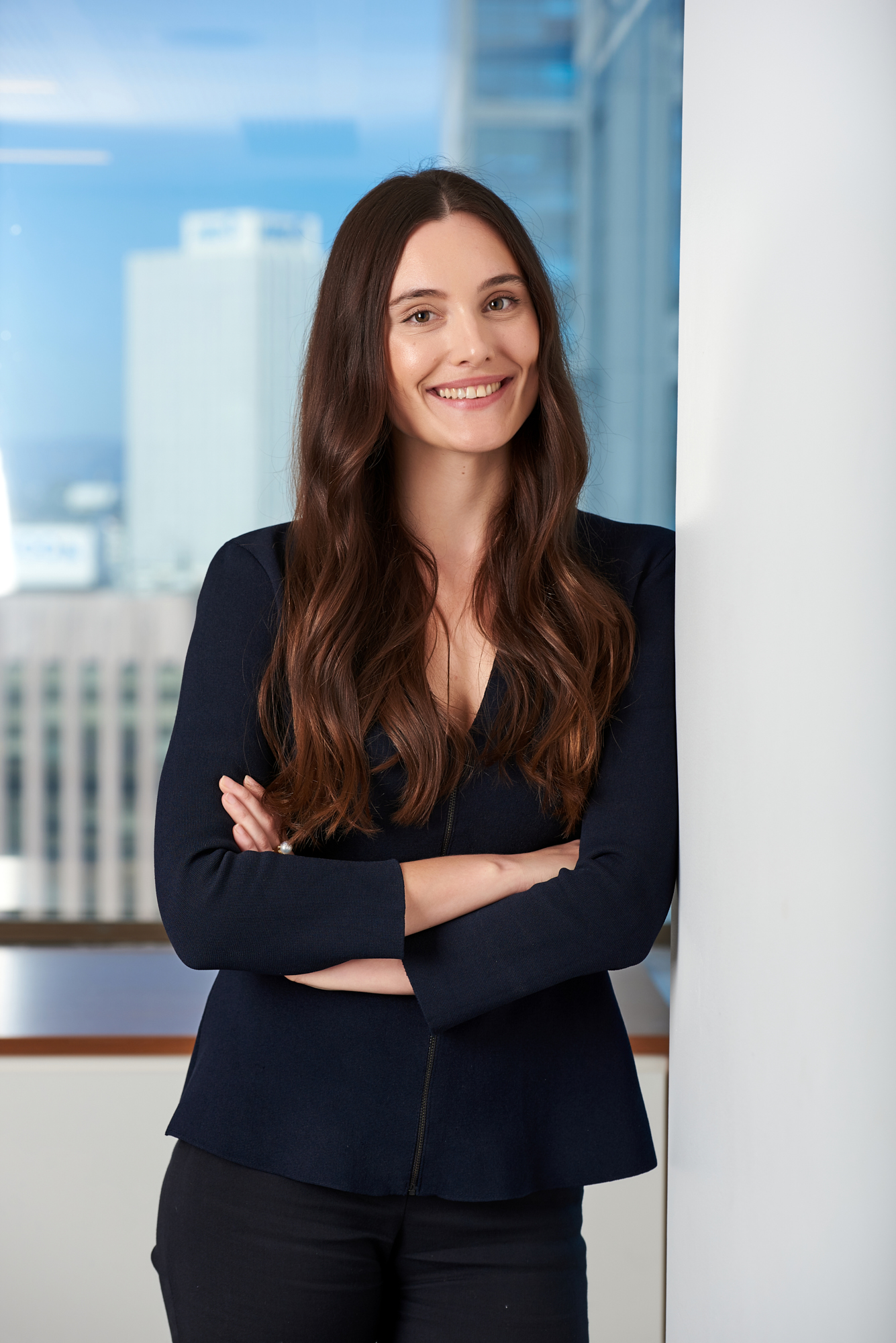 Susannah graduated from the University of Western Australia in 2014 with a Bachelor of Law and Bachelor of Commerce. Prior to graduation, Susannah worked as a vacation clerk at O’Sullivan Davies and on completion of her clerkship, she worked as a legal research assistant, where she assisted former partner now His Honour Justice O’Brien on his article “Confidentiality and the ICL”. Susannah continued at Sullivan Davies as a law graduate and in 2015 she was admitted to the Supreme Court of Western Australia.

Giving clients clarity and direction is what Susannah enjoys about family law, guiding them through the most difficult moments of their life while helping them focus on the issues rather than the emotions. Compassionate by nature, Susannah shares the joy with her clients when a matter is settled, finding it heartening that they can close one chapter and move forward with their lives.

Susannah lived in Japan for six years, the USA for six years and several places in Europe. In the USA, she took up the sport of lacrosse, which she continued to play once moving to WA, representing the State for a brief period. She is ex-vegan and likes the funky aroma of organic wine.